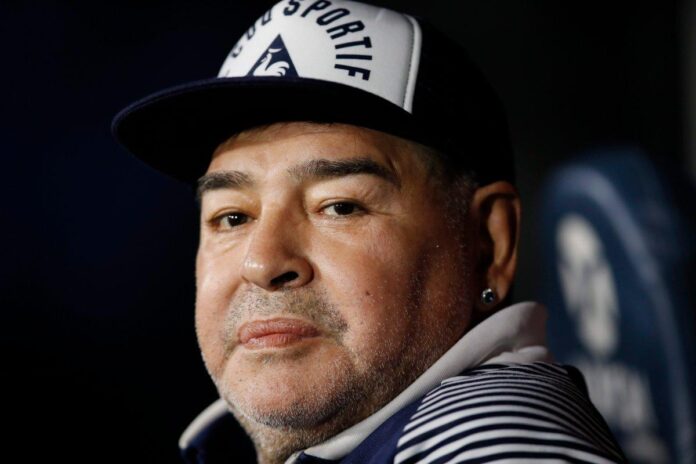 According to media reports, World famous Argentine soccer legend Diego Armando Maradon, who expired less than a month after his 60th birthday on Wednesday, was honored as a god for his genius with a ball, but almost ruined by his demons.

Maradona died at his home in the suburbs of Buenos Aires after suffering a heart attack, as reported by those close to him.

Maradona, 60, had recently struggled with health problems and undergone emergency surgery several weeks ago for a subdural hematoma.

Maradona was a rags-to-rich tale in his soccer-mad homeland, rising to stardom from a gritty Buenos Aires slum to lead Argentina to a World Cup triumph, earning the legendary status of fellow Argentinians Che Guevara and Evita Peron.

READ  Duchess of Sussex Meghan Markle reveals miscarriage in July: ‘As I clutched my firstborn child...I was losing my 2nd’

The pinnacle of glory for Maradona, one of the most talented soccer players in history, came when he captained Argentina to win the 1986 World Cup before plunging into despair when he was thrown out of the 1994 World Cup for doping.

A stellar career was shortened by years of drug use, overeating, and alcoholism and changed his appearance from the lithe athlete who could slalom seamlessly through teams to a bloated addict who almost died in 2000 of cocaine-induced heart failure.

But in a spectacular comeback in 2008, he reimagined himself as coach of the Argentina team, convincing management that, despite a lack of coaching experience, he could motivate the team to a win with sheer charisma.